In this episode of The Atticus Report, Rick Busby and Stephen Doster visit with award-winning country bluegrass and Americana recording artist Devin jake in an episode titled “This Honky Tonk Angel.” 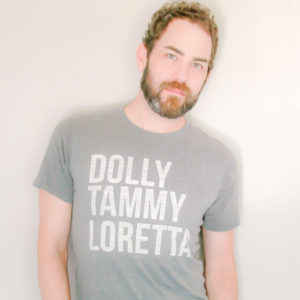 In a wide ranging conversation, Devin Jake talks about learning to play guitar and sing from his mother while growing up in Nebraska. It was there he developed a love for the music of Dolly Parton, Kitty Wells, Tammy Wynette and Loretta Lynn, among others. He now calls this music “old lady country” and it still plays a feature role in his live performances. He later migrated to Chicago to attend dancing school and there he first began performing in public and writing his first songs. After seven years in Chicago, he moved to Austin in 2008 looking for a market that was more open to his brand of country music. He hit the ground running and before long was playing around town on a regular basis, befriending other artists, like Brennen Leigh, The Carper Family and producer Stephen Doster, among others. 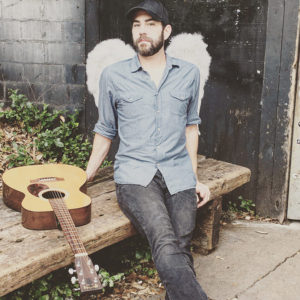 After meeting Doster, they began discussing recording an album of gospel songs. That project came together as Jake’s debut album, Jesus & Mama. The album would go on to garner three nominations at the 2013 Independent Music Awards where the song “Anywhere Bound” would land the Americana Song of the Year Award. When it came time to record his follow up, Jake once again teamed up with Doster and many of the same players from Jesus & Mama. The new album, Days Into Years is about to be released through Atticus Records in February. To facilitate the manufacturing of the initial CD run, Jake has launched an IndieGoGo crowdfunding campaign, which expires on January 30, 2017. Days Into Years will be released shortly thereafter.

When you hear the music of Devin Jake for the first time, the thing that instantly strikes you is the voice. As authentic as an Appalachian bluegrass morning after and as earthily grounded as his small town Nebraska roots, Devin Jake’s voice is no hipster affectation, it’s in his bones. That voice, an unique blend of classic bluegrass roots mixed with a mid-western country boy charm, pulls you in, entices you to pay attention and encourages you to listen a little more closely. Once you are listening, you are seduced into the lives of the people populating the stories revealed in his songwriting. Economic in form, classic in their themes, but slightly skewed in perspective, Devin Jake’s songs make the listener subconsciously aware that something else is going on in these seemingly straight forward stories of love and loss.

Lovers of country, bluegrass and Americana music should keep Devin Jake on their musical radar, because 2017 promises to be the year when he rises above the competition to reach a wider audience.

Each episode of The Atticus Report story surveys the world in search of music that’s good for something. By sharing the stories and musical experiences of musicians and songwriters, The Atticus Report highlights music, both known and unknown, past and present, from wherever on the planet it originates.

We do our best to keep the conversation entertaining, educational and, most of all, elevated. We invite you to join us on our journey by subscribing to The Atticus Report podcast at iTunes, Google Play and other podcast media outlets, or subscribe directly to our RSS Feed through our website at: www.atticusreport.com.